“Time passed, which, basically, is its job.” 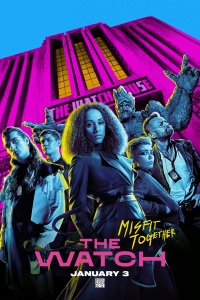 The Watch, a new television series on BBC America, is based upon the Discworld series created by the late great Terry Pratchett.

Filled with wry British humor, The Watch portrays a police unit on a fantasy world where crime is legal (although regulated) and the police contend with magical creatures and beings.